While You Were Sleeping: 5 stories you might have missed, June 13, World News & Top Stories

Denmark’s Eriksen ‘awake’ in hospital after collapsing at Euro 2020

Denmark star Christian Eriksen was awake in hospital and undergoing tests after collapsing and needing to be revived on the pitch against Finland on Saturday in extraordinary scenes at Euro 2020.

The Danish Football Union said Eriksen was “awake and undergoing further tests” having received CPR from medical personnel before being taken off on a stretcher at Copenhagen’s Parken Stadium.

The Group B game – just the third of the month-long tournament which began a year behind schedule on Friday – was stopped just before half-time with the score goalless and suspended for nearly two hours before restarting.

After the shocked teams joined in a group huddle, the Finns claimed a shock 1-0 win in their first major tournament match, with Joel Pohjanpalo scoring the winner on the hour mark.

A father allegedly killed his two young daughters at his house before dumping their bodies at sea off the Spanish island of Tenerife, according to a preliminary judicial investigation published on Saturday into the case which has shocked the nation.

The disappearance of the girls prompted angry demonstrations in cities across Spain on Friday.

Tomas G, who is missing, is the main suspect in the disappearance of Olivia, six, and Anna, one, after he failed to return the girls to their mother as agreed at the end of April. 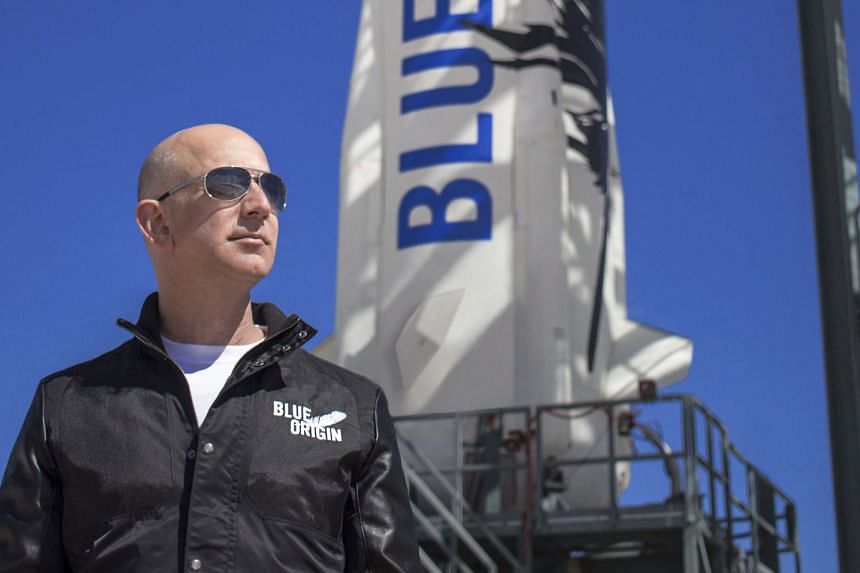 A seat on a spaceship ride with billionaire Jeff Bezos went for US$28 million (S$37 million) during a live auction on Saturday, concluding the month-long bidding process for the sightseeing trip on the Blue Origin’s maiden voyage next month.

Within four minutes of the open of Saturday’s live phone auction, bids reached beyond US$20 million. The bidding closed seven minutes after the auction began.

The identity of the winner – presumably an ultra-wealthy space aficionado – was not immediately disclosed.

US flight diverted after man threatens to ‘take plane down’

Terrifying moment a man is restrained by passengers & crew near cockpit.

Based on multiple reports & a check of flight tracks, this appears to be @Delta Flight 1730 (LAX – ATL) which diverted to Oklahoma City.

A flight en route from Los Angeles to Atlanta was diverted to Oklahoma for an emergency landing when a passenger attacked two flight attendants and threatened to bring down the plane, authorities said.

In a statement, Delta thanked passengers and crew members who “assisted in detaining an unruly passenger”.

It added that “the aircraft landed without incident and the passenger was removed by law enforcement.”

Krejcikova, ranked 33 in the world and playing just her fifth main draw in a Slams singles event, triumphed 6-1, 2-6, 6-4 for a second career title.

The 25-year-old emulates compatriot Hana Mandlikova who claimed the trophy in Paris in 1981.

The Pros of Indian Education System

Traveling As a Part of Education

Is Your Special Education Child on the School to Prison Pipeline? 5 Things You Can Do About It!