U.S. and EU Near Deal on Boeing-Airbus Trade Fight 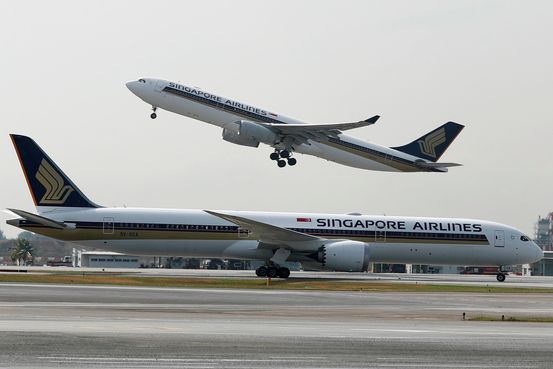 The U.S. and the European Union are near to a deal resolving their trade dispute over government subsidies to

in a sign of easing trade tensions, a top EU official said.

said Tuesday she is “very confident” a deal would be announced later in the day.

A resolution of the 17-year trade fight—the longest and most costly in the history of the World Trade Organization—would significantly reduce trade tensions between the two giant and deeply interlinked economies.

The two sides agreed in March to a four-month suspension of tariffs on aircraft and a range of other goods including wine and whiskey in an effort to hammer out a deal and improve strained bilateral ties.

A deal would come at a crucial time for the two plane makers, wrestling with the pandemic-driven downturn in air travel that has left many customers unwilling or unable to take new jets.

Boeing is also deciding whether to launch a new jetliner, with much of the longstanding dispute linked to government loans, contracts and other support for clean-sheet aircraft.

Both plane makers are also wrestling with the emerging global clout of China, which currently accounts for a quarter of their aircraft deliveries while also developing its own homegrown rival.

The two sides agreed to suspend the tariffs related to complaints from both sides lodged with the World Trade Organization. The suspension reflects the easing of trade tensions between Washington and its trading partners following the aggressive trade policies of former President

who contended that global trading partners had long been taking advantage of the U.S.

Mr. Biden has said he wants to work closely with allies, and U.S. Trade Representative

said during her confirmation hearing that she was eager to resolve the aircraft dispute.

The U.S.-EU freeze was accompanied by a similar deal between the U.S. and the U.K., in which both countries suspended retaliatory tariffs in the aircraft dispute for four months.

The Airbus-Boeing dispute started in 2004 when the U.S. filed a complaint with the WTO, claiming the EU’s subsidies for Airbus put Boeing at disadvantage. Under the Trump administration, the dispute turned into a tariff fight that snared food and beverage industries unrelated to aircraft manufacturing. Washington imposed tariffs on $7.5 billion worth of European wine and food items in late 2019.

The EU hit back with levies on U.S. whiskey, nuts and tobacco valued at around $4.5 billion. The U.S. stepped up the sanctions on Dec. 31 with additional tariffs, placing virtually all wine imports from France and Germany under its 25% tariff.

In the aircraft manufacturing industry, jetliner deliveries are well below their pre-pandemic levels as the drop in travel demand led cash-strapped airlines to defer or cancel orders. However, some customers have said the tariffs—and who pays them—remain a constraint on the number of deliveries.

expansion of its Airbus fleet made it among the U.S. carriers most affected by the EU action, while

PLC’s Boeing 737 MAX planned delivery schedule made it the most exposed European airline this year. Ryanair is still waiting for its first MAX because of quality issues that forced Boeing to pause deliveries.

Carriers haven’t disclosed whether they or the manufacturer previously paid the tariffs.