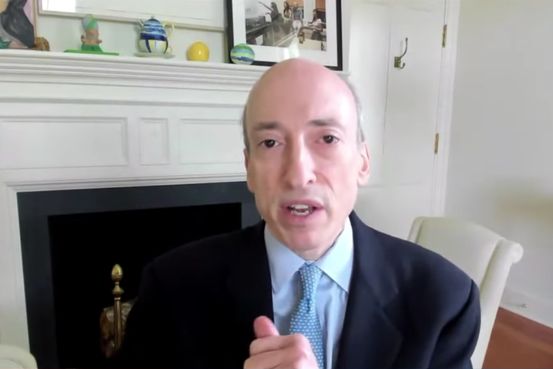 The Securities and Exchange Commission is drafting a proposal that would restrict plans that corporate insiders use to avoid insider-trading claims when buying or selling their own company’s stock.

said he is seeking to revise rules that govern the arrangements, known as 10b5-1 plans. Insiders set up plans ahead of time and use them to schedule future trades. The arrangement gives executives a defense against insider-trading claims that would stem from having undisclosed material nonpublic information at the time of a trade.

The plans often generate controversy because there is no required public disclosure of a plan at the time an insider sets one up. Some investors say plans can be manipulated because, for instance, executives can modify or cancel them. Public companies sometimes disclose the plans to mitigate the perception that executives are trading on nonpublic information.

The Council of Institutional Investors asked the SEC in 2012 and 2013 to rein in 10b5-1 plans, saying they were subject to abuse. At the time, the SEC didn’t revise the rule that permits the plans.

Mr. Gensler, a Democratic appointee, took over control of the SEC in April. He was chairman of the SEC’s sister agency, the Commodity Futures Trading Commission, during the Obama administration. At the CFTC, he implemented rules intended to reduce risk and increase transparency in the swaps market, after unregulated trading helped inflame the 2008 financial crisis. The CFTC under Mr. Gensler pushed most standardized swaps trades onto exchanges and required them to be guaranteed by clearinghouses.