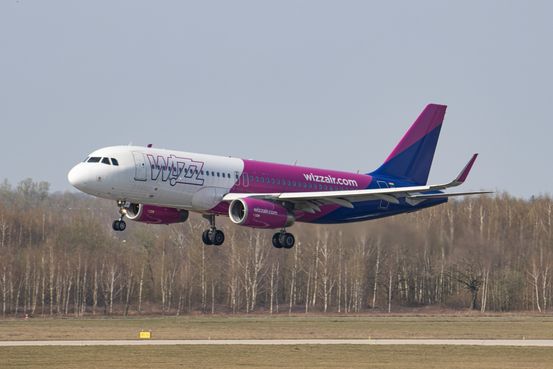 The chief executive of

Holdings PLC said the airline believes members of Belarus’ secret service were aboard one of its airliners when the plane was forced by a Belarus jet fighter to divert to the country’s capital Minsk on Sunday, calling the incident “a case of state-sponsored hijacking” and further raising global-aviation industry alarm over the rerouting.

scrambled the fighter, which forced the Ryanair commercial aircraft to land as it was passing through Belarus airspace. Authorities there then arrested a prominent journalist and opposition activist, before allowing the plane to continue its journey. The incident has sparked an international outcry and raised questions over the legality of the plane’s grounding and the ramifications for the airline industry.

the CEO of Dublin-based Ryanair, told Ireland’s Newstalk radio channel that “it appears the intent of the authorities was to remove a journalist and his traveling companion.”

“We believe there were some KGB agents offloaded at the airport as well,” he said, referring to the Belarus secret service. The airline wouldn’t comment further.

Ireland’s foreign minister said Monday he wasn’t certain whether Belarusian KGB officials were on the plane but that five or six passengers didn’t reboard the aircraft when it was cleared to continue its regularly scheduled flight from Athens to Vilnius, Lithuania.

“That certainly would suggest that a number of other people who left the plane were secret service,”

Ireland’s foreign-affairs and defense minister, said on Ireland’s state-owned broadcaster RTE. “We don’t know from what country, but clearly linked to the Belarusian regime.”

A statement on Mr. Lukashenko’s official Telegram messenger app said Belarusian authorities received information that a passenger plane over the country’s airspace possibly had explosives on board, and Mr. Lukashenko ordered a MiG-29 jet fighter to escort the aircraft to land in Minsk. Neither Mr. Lukashenko’s office nor Belarus’s Investigative Committee or emergency-services agency have responded to requests for comment clarifying the incident, including the chronology of events and exactly what occurred.

Leaders in Europe and the U.S., meanwhile, quickly reacted with outrage to the forced landing of the Ryanair flight. European Union leaders, U.S. Secretary of State

late Sunday all issued blistering statements describing the incident as a hijacking and state-sponsored terrorism.

The U.K. government said it is advising airlines against operating through Belarus airspace in light of the incident, adding that it has suspended the operating rights of Belavia, Belarus’s national flag carrier. Similar action has been taken by Ukraine, where President

said air services between the two neighboring countries had been terminated.

The United Nations’ International Civil Aviation Organization, which oversees and coordinates global air travel, said Sunday on Twitter that it was “strongly concerned by the apparent forced landing” of the flight, noting that it might have violated the Chicago Convention, the 1944 treaty that set ground rules for international flying. Several European countries are calling for an investigation through ICAO or another channel.

EU leaders, meeting Monday and Tuesday at a scheduled summit, plan to address the episode and possible responses. Proposals under consideration include expanded sanctions on Belarusian individuals, a ban on flights to the EU by Belavia, forbidding EU airlines from flying over Belarus and potentially forbidding road transit through Belarus.

Belarus, which isn’t a member of the EU or the North Atlantic Treaty Organization, has one big regional ally: Russia. Moscow has long viewed Belarus as an important buffer between its western border and the rest of Europe. Belarus was a member of the former Soviet Union, and the two countries are still bound by linguistic, cultural and trade ties.

Moscow has grown suspicious of EU and U.S. attempts to exert more influence in Belarus in recent years. Mr. Lukashenko, after earlier courting the West, has rushed more recently to strengthen his ties with Russia and President

He has accused NATO of building up its forces along Belarus’s border.

Mr. Putin offered political and financial support to Mr. Lukashenko amid Western sanctions and warned EU leaders against interfering in a political crisis that engulfed Belarus last year amid protests against its leader.

Ryanair, a budget carrier and one of Europe’s largest airlines, said it was assessing whether to continue to fly over Belarus airspace and was awaiting guidance from European aviation regulators. Two other airlines,

PLC and AS Air Baltic Corp., both said they would no longer fly over the country.

Calls have grown from European politicians—including in Ireland—for flights to be banned over Belarus. Mr. O’Leary said his airline would take guidance from European authorities about whether that should happen.

Related coverage, selected by the editors

Corrections & Amplifications
The Ryanair plane continued its regularly scheduled flight from Athens to Vilnius, Lithuania. An earlier version of this article incorrectly said Vilnius, Latvia. (Corrected on May 24)

—Paul Hannon and Daniel Michaels contributed to this article.

Gubernatorial Debate over Education In California