Jobs Report Could Be Pivotal for Federal Reserve 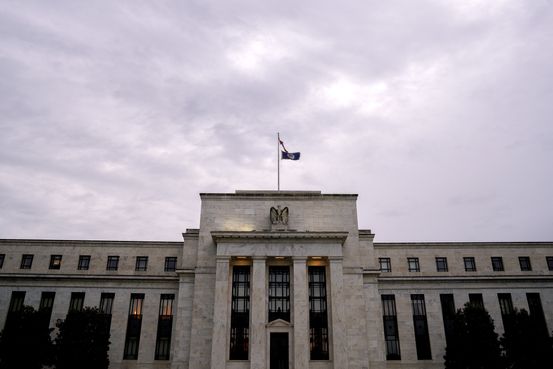 WASHINGTON—Friday’s jobs report is shaping up to be a pivotal data release for the Federal Reserve as it charts a plan for ending the easy-money policies that have propped up the economy and markets for more than a year.

The answers will help determine when the Fed begins scaling back its large bond-buying programs and how it thinks about future interest-rate increases.

Policy makers project a rapid recovery in the labor market this spring and summer, accompanied by moderate inflation. Such a scenario would allow the Fed to tighten monetary policy gradually and predictably, officials hope. But the path is treacherous. The mere discussion of pulling back easy money in 2013 led to turbulence in bond markets known as the “taper tantrum.”

Recent data have complicated matters for the central bank. The Labor Department reported this month that hiring slowed unexpectedly in April. Meanwhile consumer prices rose at a rate that was nearly twice the Fed’s target. Policy makers believe that supply bottlenecks— including challenges bringing people back into the workforce after months of being locked down in a pandemic—may have contributed.

The employment report the Labor Department is set to release Friday will provide the first indication of whether the hiring slowdown in April was a fluke, as some economists suspect. It will also provide evidence of whether workers are streaming back into the labor force, which would alleviate central-bank concerns about labor shortages driving up inflation.

Economists surveyed by The Wall Street Journal estimate the economy added 674,000 nonfarm payrolls in May, up from 266,000 in April. While an improvement, it would take the labor market roughly a year to return to its February 2020 level of employment at that pace.

If hiring bounced back strongly in May, that would move the Fed closer to signaling reductions in its bond purchases. Since December, the Fed has said it wants the labor market to make “substantial further progress” before it begins scaling back the $120 billion of Treasury and mortgage bonds that it has been buying each month since last June.

“If my expectations about economic growth, employment, and inflation over the coming months are borne out…it will become important for the (Fed) to begin discussing our plans to adjust the pace of asset purchases at coming meetings,”

So far this year, employers have added 1.8 million jobs. Payrolls remain 8.2 million below their pre-pandemic peak, though the Dallas Fed notes that some 2.6 million of those workers have retired since then and may never return to the labor force.

As of mid-April, primary dealers surveyed by the New York Fed didn’t expect the Fed to begin slowing its bond purchases until early 2022. Interest rates were seen remaining near zero until the second half of 2023. Fed officials haven’t specified what they mean by “substantial further progress” in the labor market.

The Fed expects a burst of hiring this summer as the economy reopens and as states reduce unemployment benefits that were made more generous during the Covid-19 crisis. By September, as schools reopen, those enhanced benefits should be fully gone, setting up a key test for the economy and the Fed in the coming months.

Another critical question is the effect such changes have on inflation. The Fed’s preferred inflation measure, the personal-consumption expenditures price index, rose 3.6% in the 12 months through April, well above the Fed’s 2% average target.

Policy makers are inclined to look past the increase, which they view as transitory. One reason is that inflation has been running below the target for years. In their view, the economy could use a little added inflation for a short period to make up for lost ground.

Two issues could change that thinking and set the central bank on a course to a more restrictive monetary policy than planned.

The first would be if businesses, households and investors started expecting much higher inflation in the long run. Officials believe inflation is partly a game of psychology; if much higher inflation is expected, then it will happen as individuals bid up prices and wages in anticipation of it. Fed officials are watching a range of indicators of inflation expectations, including an internal central-bank index called the “Index of Common Inflation Expectations,” which showed expectations were stable near 2% as of January.

The other issue is the balance between demand and supply, including of labor. When there is ample supply of workers, machines, airplanes, hotels and other ingredients for economic activity, prices tend to rise modestly, if at all. But shortages push up prices, and consumer demand has been red-hot lately.

The Fed is now trying to figure out how much labor supply will be returning as the economy reopens. The expiration of jobless benefits should nudge some people back into the job market, officials believe. But early retirements sparked by the pandemic could hold it back. The central bank has to figure out how those forces play against each other.

one of several officials who would like to begin tightening policy sooner rather than later, on a virtual panel May 21. “We think that we may well determine in hindsight that the labor market at the moment is tighter than the headline statistics would indicate.”

In addition to hiring and wages, Fed officials will be looking at measures of labor-force participation in Friday’s report for clues of whether the supply of workers is rising to meet demand. A pickup would put them at ease. Constraints could heighten worries that the inflation rise is potentially persistent and force the Fed to re-evaluate its narrative.