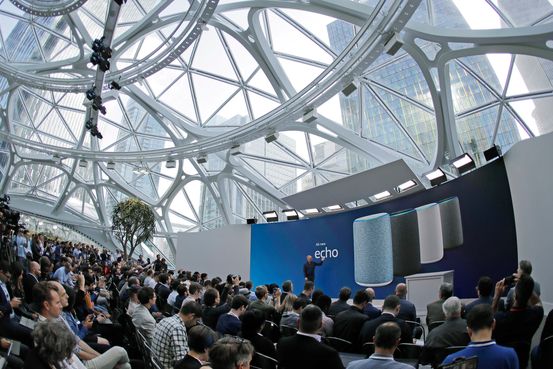 House lawmakers proposed a raft of bipartisan legislation aimed at reining in the country’s biggest tech companies, including a bill that seeks to make Amazon.com Inc. and other large corporations effectively split in two or shed their private-label products.

The bills, announced Friday, amount to the biggest congressional broadside yet on a handful of technology companies—including Alphabet Inc.’s Google, Apple Inc. and Facebook Inc. as well as Amazon —whose size and power have drawn growing scrutiny from lawmakers and regulators in the U.S. and Europe.

If the bills become law—a prospect that faces significant hurdles—they could substantially alter the most richly valued companies in America and reshape an industry that has extended its impact into nearly every facet of work and life.

One of the proposed measures, titled the Ending Platform Monopolies Act, seeks to require structural separation of Amazon and other big technology companies to break up their businesses. It would make it unlawful for a covered online platform to own a business that “utilizes the covered platform for the sale or provision of products or services” or that sells services as a condition for access to the platform. The platform company also couldn’t own businesses that create conflicts of interest, such as by creating the “incentive and ability” for the platform to advantage its own products over competitors.

A separate bill takes a different approach to target platforms’ self-preferencing. It would bar platforms from conduct that “advantages the covered platform operator’s own products, services, or lines of business over those of another business user,” or that excludes or disadvantages other businesses.