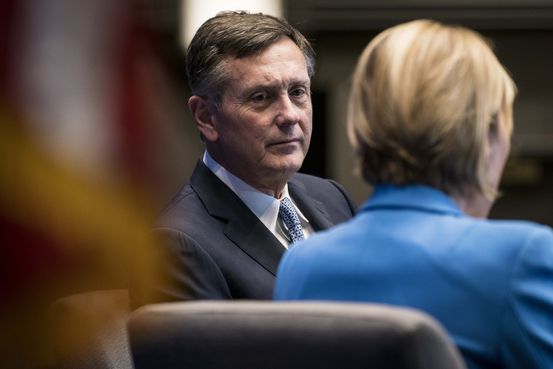 Vice Chairman Richard Clarida, the central bank’s No. 2 official, joined a growing number of officials who have said publicly in recent weeks that the time is nearing for a shift in the Fed’s guidance around its easy-money policies.

“There will come a time in upcoming meetings, we’ll be at the point where we can begin to discuss scaling back the pace of asset purchases,” Mr. Clarida said in an interview on Yahoo Finance. “It’s going to depend on the flow of data that we get.”

The Fed’s next policy meeting is scheduled for June 15-16.

Since last June, the Fed has been buying $80 billion of Treasury debt and $40 billion of mortgage-backed securities each month to hold down long-term borrowing costs. The policy provides the economy with support beyond the near-zero overnight interest rates the Fed has maintained since March 2020.