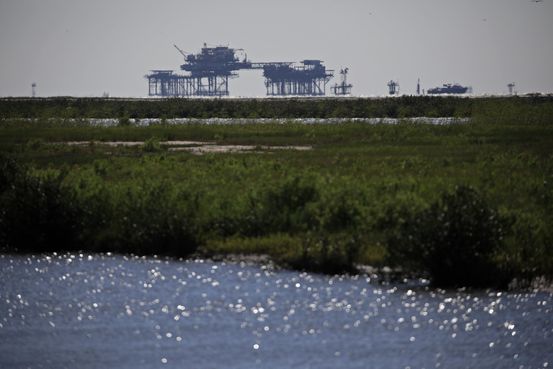 A federal judge in Louisiana issued a preliminary injunction blocking the Biden administration from pausing new oil and gas leases on federal land.

Judge Terry A. Doughty of the U.S. District Court in Monroe said the administration doesn’t have the legal right to stop leasing federal territory for oil-and-gas production without approval from Congress.

The judge, appointed by former President

also said that states suing the federal government—largely southern and coastal states—will be harmed immediately as the pause prevents them from collecting lease bids and bonuses from oil-and-gas prospectors.

Mr. Biden, during his first week in office, directed the Interior Department to suspend the program, among several new initiatives aimed at addressing climate change.

The Interior Department said it would comply with Tuesday’s order, but said that it would continue a review of current leasing and permitting practices. Mr. Biden had requested that assessment as part of his January order to suspend the federal oil-and-gas program.

Select breaking and enterprise stories about energy markets and businesses, through news alerts delivered to you via email.

“We are reviewing the judge’s opinion,” an Interior Department spokesperson said. The coming report “will include initial findings on the state of the federal conventional energy programs, as well as outline next steps and recommendations” to balance the interests of the environment, jobs and energy development.

The suit was filed by the states in March, when they asked a judge to immediately undo the Biden directive pending court arguments.

Judge Doughty agreed with a request from the states to throw out the suspension in his 44-page court decision Tuesday, which said the states have a chance of winning their arguments later on. He cited federal laws that say the agencies are required to sell oil and gas leases.

He added that states would face “irreparable injury” if the suspension remains in place as they lose money from new lease sales that they are legally entitled to share with the government. Drilling on federal land and water generated almost $6 billion in government revenue last year.

“Millions and possibly billions of dollars are at stake,” the judge wrote in his decision. “Local government funding, jobs for [workers in the states that sued], and funds for the restoration of Louisiana’s Coastline are at stake.”

“
‘Millions and possibly billions of dollars are at stake.’
”

Mr. Biden has said the country needs to urgently move away from oil to cleaner fuels if the world has a chance of averting the worst effects of climate change. Drilling on federal lands accounts for just roughly 9% of U.S. onshore production, but Mr. Biden has been looking for ways the government can reduce U.S. greenhouse-gas emissions and set an example for other countries to do the same.

Administration officials have said they intend to allow oil-and-gas companies to continue work on existing leases to ease the transition’s effects on those companies.

The administration has been abiding by previous leases and environmental assessments that have approved major oil, gas and mining projects to come, even in recent weeks defending some of those decisions by prior administrations.