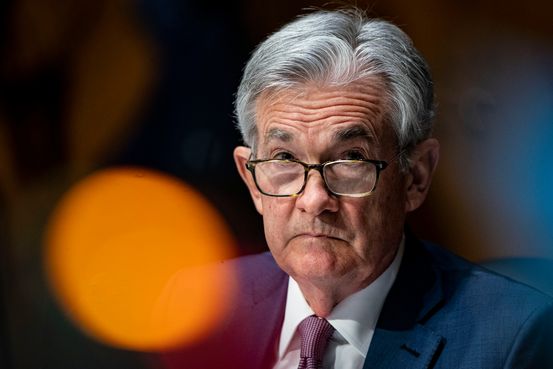 WASHINGTON—Federal Reserve officials signaled they expect to raise interest rates by late 2023, sooner than they anticipated in March, as the economy recovers rapidly from the effects of the pandemic and inflation heats up.

Their median projection showed they anticipate lifting their benchmark rate to 0.6% from near zero by the end of 2023. In March they had expected to hold it steady through that year.

Prompting the policy shift is a much stronger economic rebound and hotter inflation than the Fed anticipated just a few months ago.

“Progress on vaccinations has reduced the spread of Covid-19 in the United States,” the Fed said in a statement following a two-day policy meeting. “Amid this progress and strong policy support, indicators of economic activity and employment have strengthened.”

In updated projections released Wednesday 13 of 18 officials indicated they expect to lift short-term rates by the end of 2023, up from seven who expected that outcome in March. In March, most of them anticipated holding rates steady through 2023.

The Fed has held overnight interest rates steady since March 2020, when the effects of the pandemic caused the sharpest economic contraction in generations. The central bank also has been purchasing at least $120 billion a month of Treasury and mortgage bonds since June 2020 to hold down longer-term borrowing costs, providing further support to the recovery.

The Fed reiterated that it expects to continue bond purchases until “substantial further progress” has been made in the recovery.

What is your outlook on the economy for the rest of 2021? Join the conversation below.

Fed officials want the economy to get closer to their goals of “maximum employment” and sustained, 2% inflation before reducing the bond purchases. They have said they want to fully achieve those objectives before they raise interest rates.

Since officials’ previous meeting, in April, the labor market’s progress has been somewhat slower than they had anticipated. Employers added 837,000 jobs in April and May, leaving total employment 7.6 million jobs shy of pre-pandemic levels.

Policy makers have become less confident in recent weeks the economy can recover all the jobs lost amid the pandemic without spurring inflation. Some 2.6 million people retired between February 2020 and April, according to estimates from the Dallas Fed. A steadily aging U.S. population suggests limited scope for reversing that trend, some economists say.

In contrast, inflation has been higher than expected. The Labor Department’s consumer-price index rose 5% in May from a year earlier.

That inflation rate, the highest since 2008, makes the Fed uncomfortable, even if officials believe it reflects mostly temporary factors that should fade later this year. They worry that if inflation exceeds 2% too much or for too long, it might lead businesses and consumers to anticipate more inflation in the future, which can become self-fulfilling. Evidence of rising inflation expectations would likely require the Fed to tighten policy sooner or more aggressively than planned to re-anchor those expectations around 2%.

Policy makers now expect their preferred measure of inflation to rise 3.4% in the fourth quarter of 2021 from a year earlier, up from a March forecast of 2.4%. They revised up their projection for fourth-quarter-to-fourth-quarter economic growth to 7% from 6.5%.

Officials left their forecast for unemployment in the fourth quarter of this year at 4.5%, unchanged from their March projection. The jobless rate stood at 5.8% in May.

has said the Fed would give markets plenty of advance notice before it begins withdrawing the easy-money policies it put in place last year amid the pandemic.

Among his objectives is to avoid triggering the sort of market turmoil, or “taper tantrum,” that ensued when the Fed announced plans to scale back a similar bond-buying program in 2013.