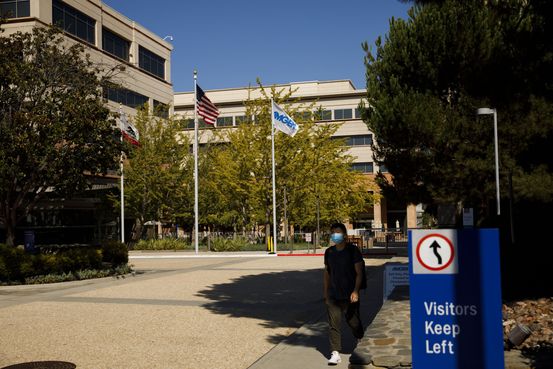 A pathbreaking pill for lung cancer from

was approved by the U.S. Food and Drug Administration, adding a new potential blockbuster to the biotech giant’s aging stable of drugs.

The drug, called Lumakras, was approved Friday to treat a portion of lung cancer patients with a particular genetic mutation who have already tried other therapies.

The mutation, known as KRAS, is among the most common found in cancers, but researchers struggled for so many years to find a medicine that can treat it that the mutation came to be considered “undruggable.”

The FDA’s approval, which has sped through clinical trials since the first encouraging results in 2019, is a validation for Amgen’s drug-discovery capabilities, analysts say, and a landmark in harnessing genetic discoveries to find new drugs for hard-to-treat cancers and other diseases.

Amgen is among the drugmakers that have reoriented their research efforts around insights gleaned from scientific advances in understanding the role of genetics and cell biology in disease.

The companies are using data analytics to sift through the molecular insights and identify targets for potentially powerful—and lucrative—new drugs.

“KRAS mutations have long been considered resistant to drug therapy, representing a true unmet need for patients with certain types of cancer,” said Richard Pazdur, acting head of the FDA’s cancer-drug division. “Today’s approval represents a significant step towards a future where more patients will have a personalized treatment approach.”

Amgen’s launch of the drug will be closely watched by investors and analysts looking to see the company offset declining revenue from older products, including rheumatoid-arthritis drug Enbrel.

The company will charge $17,900 a month for the drug in the U.S., an Amgen spokeswoman said. Analysts project the drug could eventually ring up more than $1 billion in annual sales.

Company scientists discovered the drug in late 2017 and moved it into clinical trials less than a year later.

The FDA approved Lumakras based on a mid-stage study showing the drug helped control disease in 80.6% of patients; on median, patients taking the drug survived 6.8 months without their cancers worsening.

“This was a three-year sprint to do something that…very few companies have ever done in the field of oncology, and that’s get a drug to the market inside three years,” said

executive vice president for global commercial operations, in an interview. “It’s a very big event for the company.”

Amgen will have to complete a larger, Phase 3 study to confirm the drug’s benefits under the FDA’s accelerated-approval program.

In the U.S., about 13% of people with non-small cell lung cancer have the type of KRAS mutation that Lumakras treats, or about 25,000 new patients annually, according to Amgen.

Most KRAS patients are initially treated with another targeted drug, such as

“For 40 years, we’ve not been able to crack this and…suddenly patients have a pill they can take once a day and for many patients the tumor will shrink,” Dr. Li said in an interview.

To achieve those high expectations, however, Amgen will have to show that the drug also works as a first-line treatment option, either in combination or sequentially with other medicines, said Cowen analyst

“The chance for a much longer durability of effect, and hence much higher revenues, will depend on its ability to be combined. And there the jury’s still out,” Dr. Werber said.

Bernstein analyst Ronny Gal said in a note to clients this week that there are reasons to be concerned about the long-term commercial prospects for Lumakras. The drug may not add much benefit in combination with other treatments, and newer, potentially better KRAS-targeted drugs are in development from rivals, Mr. Gal said.

Get an early-morning briefing about the coronavirus each weekday and a weekly Health newsletter when the crisis abates.

“The long-term value of the drug is far from certain,” Mr. Gal said. “This makes us somewhat more concerned about the long-term outlook for the company.”

which is aiming to seek FDA approval for its KRAS-targeted pill as a lung-cancer treatment later this year.

& Co. recently said it plans to start a Phase 1 study of a new KRAS drug this year, and biotech

has multiple KRAS-targeted drugs that it is advancing toward clinical trials.

In the first quarter, Amgen’s sales were $5.9 billion, down 4% from the same year-earlier period, driven by price concessions.

For many years, Amgen has been known among analysts for its sales and marketing prowess, rather than its scientific discoveries. Yet sales have dropped for some of the company’s key franchises—anemia drug Epogen and cancer supportive-care treatment Neupogen—after their patents expired.

Meanwhile, some of Amgen’s newer drugs, such as its anti-cholesterol drug Repatha, have been commercial disappointments partly because health insurers have limited access, citing high prices.