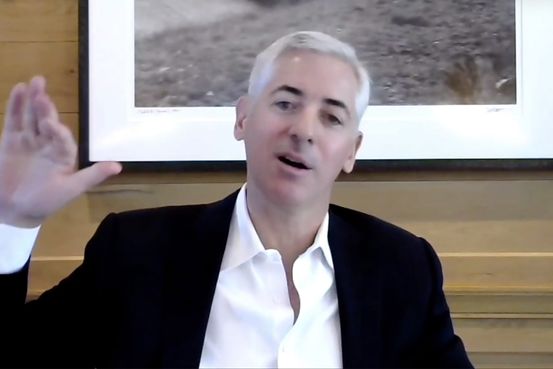 William Ackman ended one of the biggest guessing games on Wall Street by unveiling his $40 billion deal with Universal Music Group on Friday, but now a new one begins as investors puzzle over the transaction and the billionaire’s next moves.

The complicated and innovative deal under discussion would give shareholders of his SPAC a 10% stake in a newly public Universal and set up additional entities to potentially do two more deals. It isn’t what investors expected.

Unlike a typical SPAC deal, Pershing Square Tontine wouldn’t merge with Universal. (People familiar with the matter said it was structured that way because of tax and legal implications for Universal’s French parent,

) Vivendi has been planning to spin off Universal later this year, and that won’t change.

In another departure from the typical SPAC structure, Pershing Square Tontine investors won’t vote on the deal, but they will have an opportunity to redeem their shares at about $20 apiece.

In a sign of investor disappointment, Pershing Square Tontine shares fell 12% Friday to $22.06, though they are still trading above their $20 July 2020 IPO price.

Not everyone was let down, with some hailing what they see as a feat of financial engineering that frees Mr. Ackman from the two main constraints of SPACs—the pressure to complete a transaction on a certain timeline and the need for investors to put cash in upfront—and gives him considerable firepower for more deal making.

Pershing Square Tontine will remain a public company, but no longer a SPAC. It is expected to have up to $2.9 billion to put toward a future deal: $1.5 billion when the deal closes and the possibility of an additional $1.4 billion, if needed. It would be 29%-owned by funds affiliated with Mr. Ackman’s Pershing Square Capital Management LP.

The investors would also get rights to buy shares of a novel vehicle called a special-purpose acquisition rights company, or SPARC, that would trade publicly and have at least $6.6 billion and possibly up to $10.6 billion to spend—enough to potentially do an even bigger deal than Universal Music. Unlike a SPAC, which takes investor money upfront, the SPARC would give shareholders the right to buy into a deal when one is presented. It also wouldn’t be under the same pressure to complete a transaction within the typical two-year time frame.

Others see the structure as a concession to the reality that in an increasingly challenging SPAC market, Mr. Ackman wasn’t able to pull off a more conventional deal, as had been expected.

Investors had been on the edge of their seats for months, egged on by frequent public pronouncements about the mystery deal from the well-known activist investor. After launching the $4 billion vehicle last summer, Mr. Ackman eyed some of the biggest private companies, including

(since gone public), Stripe Inc. and Bloomberg LP. The SPAC’s shares had been trading at a roughly 25% premium to their IPO price, reflecting the high hopes for a deal.

But the shares of SPACs and the companies they take public have experienced turbulence lately. Many have fallen, with investors retreating from startups that recently turned public and regulators signaling more scrutiny for such so-called blank-check firms. An exchange-traded fund that tracks the sector has dropped about 25% since mid-February.

In the case of Mr. Ackman’s SPAC, much of Friday’s slide was caused by the firm’s high valuation, investors said. Nearly all SPACs, with Mr. Ackman’s as a notable exception, had retreated to trade around their IPO price by the end of May. The average SPAC that hadn’t done a deal was roughly 2% below its debut price, according to Julian Klymochko, who manages a SPAC-focused ETF at Accelerate Financial Technologies.

Pershing Square Tontine has been a popular bet for individual investors, who piled in earlier this year and had speculated that Mr. Ackman would take public a splashy startup. Disappointment that he is pursuing a more established business, together with the complexity of the Universal Music deal, also weighed on the stock Friday.

“There’s a large retail base that had unrealistic expectations,” Mr. Klymochko said. “This deal is less sexy from a headline standpoint.”

—Juliet Chung contributed to this article.

Related coverage, selected by the editors

Giving Game – An Experiential Exercise to Educate Board Members About Fundraising